PROS AND CONS OF THREE TYPES OF RADIATORS

To be able to judisciously select a radiator which will be the right fit for your home let’s break down their pros and cons.

Aluminium radiators being the most efficient conductors as distinct from their cast iron and steel counterparts give a quick blast of heat. Nonetheless, they cool down as quickly once the the central heating is switched off and you can immediately feel the temperature change. Aluminium radiators are highly responsive to thermostat changes and have low water content compared to the other types. This converts to cost-efficiency and lower bills for you. The other plus side is the wide range of colors and styles available․

Considering the mentioned upsides and downsides pick a radiotor that will be the best fit for your home and cut your bills.

March 15, 2017 Comments Off on PROS AND CONS OF THREE TYPES OF RADIATORS Uncategorized  Like

WHY IS IT CRUCIAL TO BLEED THE RADIATORS

Over time, radiators have cool air trapped inside them. A small of amount of air gets into the heating system every time the boiler pumps a flush of fresh water into the radiators. The air becomes trapped in the upper portions of the radiator obstucting the uniform circulation of hot water thus reducing the efficiency of the radiator.

How to figure out if a radiator needs bleeding?
Turn on the heating system and wait until the radiators heat up. If there is cool air trapped inside them then the top of the radiators will feel cold while the bottom feels warm. The portions that feel cold to the touch are air-bound

Step by Step Guide to Bleeding a Radiator.
Ensure that the central heating is switched off and the radiators are completely cold. If your heating system is active, it can introduce more air into the system. To avoid that, turn off the system and feel all over the radiators for heat. If any part is hot, wait for it to cool completely before preceeding to the next step.

Open the radiator’s valve with the radiator key turning it counter-clockwise. If there is no radiator key within touch, use a screwdriver or another tool. Opening the bleed valve allows trapped air to escape which is replaced with linquid sputtering from the valve. Hold a towel or a small bowl under the bleed screw to catch any drips. Repeat the process on all the radiators that are air-bound.

After releasing excess air from the radiators and tightening the bleed valves, it is necessary to top off the boiler with water to restore the pressure level of the overall heating system. It is important to bleed the radiators on a regular basis to increase energy efficiency and make the best of the energy costs. Bleeding radiators is a simple process which you can complete on your own by following the tips given above.

March 15, 2017 Comments Off on WHY IS IT CRUCIAL TO BLEED THE RADIATORS Uncategorized  Like

HOW TO CHOOSE BETWEEN A CONVENTIONAL AND A CONDENSING BOILER?

Given the extensive choice of boilers today, many of us face the problem of choosing the most energy-efficient and suitable boiler․
When choosing which boiler is the best for our home we take account of the following factors:

When thinking of buying a boiler we first need to choose the type: conventional or condensing. What is the difference between them?

Boilers that are fueled by natural gas emit CO2 and water vapor. In case of conventional boilers, the water vapor is directly released into the atmosphere via the boiler’s flue. Condensing boilers recapture heat from vapor using it to raise the water’s temperature and then convey it to the outside through a separate purpose-designed flue. The latter is especially vital for ensuring safety. 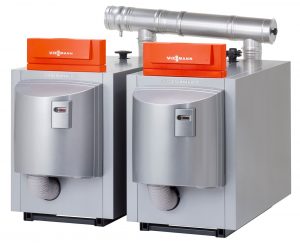 Why to choose a condensing boiler?

Why to choose a conventional boiler?

At the current moment, conventional boilers are increasingly popular in our market. Yet, the condensing boiler is becoming the leader largely due to its up-to-date technologies.

You can gain insight into the differences between conventional and condensing boilers by following the links below:

How does the conventional boiler operate?

How does the condensing boiler operate?

March 15, 2017 Comments Off on HOW TO CHOOSE BETWEEN A CONVENTIONAL AND A CONDENSING BOILER? Uncategorized  Like

HOW TO AIR YOUR HOME WITHOUT LOSS OF HEAT?

We all spend most of the day either at home or in the workplace. Oftentimes we do not even notice that the room needs airing or even if we do, we do not air it for fear of letting the cold air in. 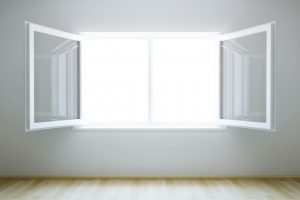 This problem can be easily tackled if here is an air conditioner in your apartment or workplace.

Let’s see why having a air conditioner in the room is so essential.

Thus, air conditioners do not cause heat loss, nor do they increase your electricity bills. They remove the stale air and promote a flow of fresh air into the room.

March 15, 2017 Comments Off on HOW TO AIR YOUR HOME WITHOUT LOSS OF HEAT? Uncategorized  Like

As a result of bad weather conditions, the iron gates, entrance doors, and the balcony balustrade of your house as well as the garage doors or fence can get rusty, discolor and corrode over time. 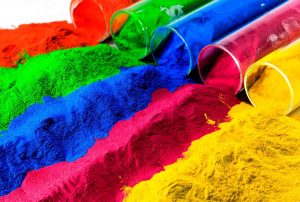 We all face such problems and try to tackle them on our own by painting the damaged parts. This is definitely an alternative but rather short-lived and ineffective. Powder-coating offers a more reasonable solution.

What is powder-coating and how is it done?

Powder-coating provides a protective and decorative value to metal products. It is applied to a wide range of industrial and household products. Powder coatings are based on polymer systems combined with pigments. The application method uses a spray gun, which applies an electrostatic charge to the powder particles, which are then attracted to surface of an object. The powder-coated objects are placed in a curing oven until a hard finish is formed.

Why is powder coating more beneficial than conventional painting? 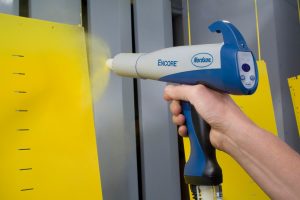 March 15, 2017 Comments Off on HOW TO GET RID OF THE INCONVENIENCE ASSOCIATED WITH METAL PAINTING WITH THE HELP OF POWDER COATING Uncategorized  1